Mark Vigeant by the Numbers

Mark Vigeant in the Press

Who is Mark Vigeant?

Mark Vigeant is a comedian, performer, and writer in New York City. Currently he is a writer for Live From Here on Minnesota Public Radio. His work has been featured on The A.V. Club, Fusion, Nerdist, The Huffington Post, and Funny or Die and he is a former staff writer and performer at Seriously.tv. He was a featured performer in the 2018 Comedy Central Clusterfest Up Next showcase, which is "designed to spotlight the most exciting new voices in comedy."

You can watch him live at his monthly technology-themed comedy variety show Internet Explorers at Caveat where he invites audiences into the funniest, strangest pockets of the World Wide Web, or in OSFUG: The Fast Fuckin' Sketch Show at the Knitting Factory, which The New York Times lauds as a "...fantastically popular, frantically paced show." Mark also tours across the country with his solo show Let's Make a Website where he develops and launches a brand new website based on audience suggestions.

Mark has been a performer and writer at the Upright Citizen's Brigade Theatre since 2013 where he has been featured in shows including OSFUG, Let's Make a Website, Maude Night, Dorothy Goes to Hollywood, Ocean's Lake, and License to Chill. His musical sketch group, The Trumpet Boys, enjoyed an eight-month run at the theatre. Watch the Trumpet Boys' Christmas Special DVD Spectacular here.

Mark is the co-author of the comedy book of Dad Poems, Leaves of Grass I Trimmed With My Mower and he is a former member of the Story Pirates, a non-profit that turns kids' original stories into wild sketch comedy musicals. He has also performed across North America at festivals including the San Francisco Sketch Fest, the Picollo Fringe Fest, the Toronto Sketch Fest, Austin Sketch Fest, and Boston Sketch Fest.

Still want to learn more? Check out The Mark Vigeant Web Ring, a growing collection of personal website parodies that each appeal to a different type of Internet user. 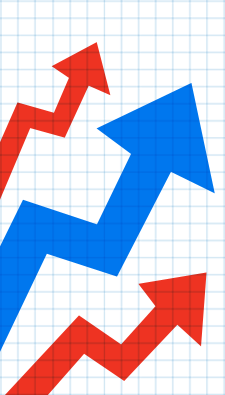